History, sights and places of interest

The Municipality of Prague 22 is located on the north-east outskirts of Prague. Its 10,000 inhabitants can enjoy the beautiful surroundings of historical as well as modern buildings, the protected site of the game reserve „Obora“, a cascade of ponds and multifarious culture facilities. The borough consists of Uhříněves, Pitkovice and Hájek at Uhříněves and it is the administrative unit for the boroughs of Prague-Královice, Prague-Nedvězí, Prague-Kolovraty and Prague-Benice.

The oldest records date back to the 13th century when the village fell within the property of St. George Monastery at Prague Castle and later to the Knights Templar. At the end of the 16th century Jaroslav Smiřický of Smiřice had his castle built here which was burnt by the Swedes a few decades later. By that time the village had been owned by the Lichtensteins who can be credited for the renewal of the All Saints Church as well as for the establishing of a school. They resided in the castle until the end of the Great War.

Uhříněves eagerly profited from the Industrial Revolution which gave rise to a number of factories and other companies, although agriculture was not falling behind either. A distillery, a brewery, a sugar refinery and brickworks were located here. Uhříněves had its own railway station. In fifty years the number of inhabitants tripled, which meant that the turn of the 20th century saw the population rise to 2,300 people. The cultural and community life and sports were flourishing. In 1913, the municipality was awarded the status of a town. However, stagnation was brought about by the Great War. The lives of 52 men who fell in the War were commemorated by the construction of the House of the Legionaries (Legionářský dům).

Between the wars the village again began to expand and prosper. During this time there were five schools, a gym, a museum, a synagogue, sports field, and an electric network was being built. These prosperous twenty years were discontinued by World War II; especially the year 1942 is denoted as the darkest year in Uhříněves‘ history. Lieutenant colonel Novák provided shelter to paratroopers who were preparing for Heydrich’s assassination here. Consequently, the Gestapo deported many members of the numerous Jewish community to concentration camps, the majority of whom never returned.

Another negative milestone was the nationalisation in the year of 1948. Flat construction continued. The sewage system was being constructed; a new football pitch and a water tower were built. However, the fly ash from the Malešice heating plant was stored here. In 1974, Uhříněves becomes a Prague borough.

Modern history is the witness of yet another expansion of Uhříněves. Both the elementary school and the kindergarten have been enlarged. A sports ground, a gym and tennis courts built. A school canteen and a town hall as well as an old-people’s home, a facility for doctors and the police have been erected in place of the former sugar refinery. New children’s playgrounds and a skate park appear in the town; the theatre, the Sokol gym and the cinema are reconstructed. New kindergartens in Uhříněves and Pitkovice are opened, a new Open Information Center is established. The construction of a new elementary school is being planned. Uhříněves is a borough with the youngest population.

The Hus House of Prayer – a plain rectangular construction with a protruding front spire, built in 1927 belonging to the Evangelical Church of Czech Brethren.

Ceremonial hall, formerly the House of the Legionaries – a house built in 1925 as a memorial of the legionaries and the history of the town. It has served ceremonial purposes since 1956.

WW II memorial, which bears the inscription: 1939 – 1945 IN MEMORY OF THOSE WHO FELL SO WE COULD LIVE

Game preserve – an ample 13-hectare park, a unique complex of a riparian woodland with a valuable  understory. It was declared a protected area in 1982.

Nové náměstí (New Square) – it covers the land where the sugar refinery had stood since 1868. The first new building was the school canteen and in 2002 it was adjoined by the town hall. Multipurpose houses, Retirement Homes and eventually, Medical Clinic and the Police Station followed.

Uhříněves Museum – on the premises of the former stables there is an exhibition and community hall on the ground floor and a library is available on the first floor.

Synagogue – a late Classicist building whose construction was funded by a financial collection from 1848. During the war the Nazis closed it and later it was turned into a laundry. The Jewish community has not been revived since the war and the building now serves commercial purposes.

The Statue of St. John of Nepomuk – a Baroque statue by M. Jäckl. Behind it there is the Uhříněves school building, later on being the town hall (i.e. until 2002) including the town jail. The painter Oto Bubeníček was born here.

All Saints Church – a late Baroque building constructed in 1740 – 1743 according to the design of T.V. Budil of Říčany. The interior decoration was executed by the painter Jan P. Molitor. The statues of the Marian column in Kostelec nad Černými Lesy were moved to the church’s front. In 1906, the Chapel of the Holy Sepulchre was built behind the church.

The Castle – a Renaissance monument built by Jan Smiřický at the end of the 16th century. It was burnt down by the Swedes during the Thirty Years‘ War. It gained its present appearance at the beginning of the 18th century.

The Theatre and the Sokol Gym – the building was renovated in 2009. Besides theatre performances, concerts and other events, a cinema was revived here in 2015.

The oldest building No. 19 on the Uhříněves territory – was probably a stronghold that was later turned into a mill in 1727

The Granary – a one-storey granary and a gate with a moulding lavish in form and profile, dating back to the second half of the 18th century, presents remnants of a landed estate which was probably built on the place of the former stronghold.

Pitkovice bell spire – a bell spire more than 300 years old is covered by a thatched roof. It was last restored in 2017.

Pitkovice Hillside – a natural preserve spreading on the area of 0.5 hectares of a former quarry offers habitat to a plant biotope of thermophilous plants and insect 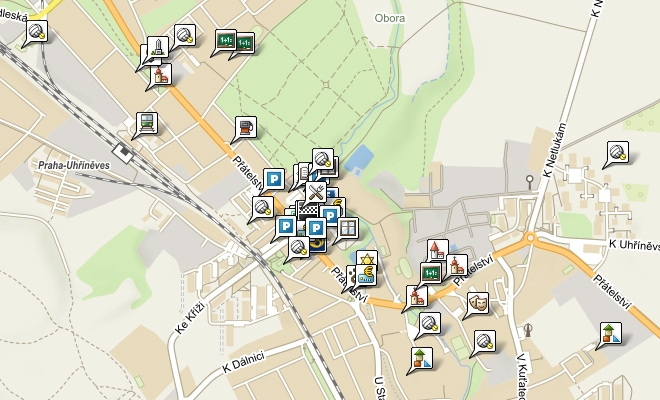 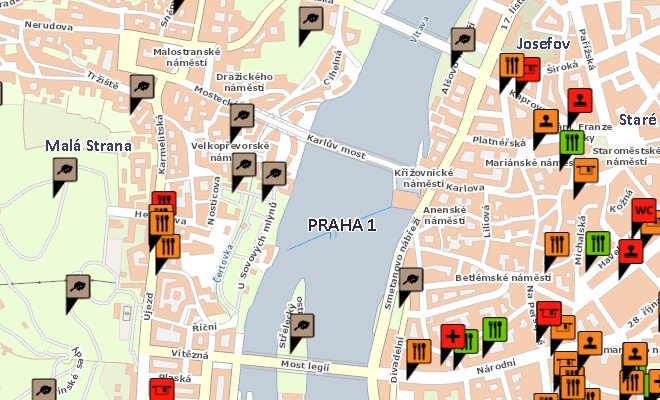